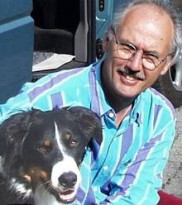 It began in the year 1989, in a distant, where we unconsciously contracted the virus of canine sports. On the occasion of a horse-show, a performance with working dogs was shown as an add-on programme. For this purpose, the dogs and their handlers, who had flown in from the USA, demonstrated different disciplines with world class skill. 10.000 spectators roared with applause. At this memorable occasion, we had the opportunity to take some "lessons" with a movie animal trainer from Miami and his dog: This pair left a lasting impression on us, as they lit our enthuiasm for dog sports. They remain our ideal for all “new school” dog sports until today. Instead of punishment, motivation is used to train and handle the dogs; pressure is replaced by consequence - it's that easy! Today this is taken for granted, but in those days it was far from the standard. And so our journey began in Santo Domingo – but that is a different story...

In the year 1995, back in Europe, my wife Ursula took up Agility and Obedience training. Today she is successful in A 3 with her Sheltie Cliff (born 1996) and is aiming to participate in the world championship. We wish her good luck and fun on the way there.

In contrast to Ursula, I limited my dog sports role to ''tournament associate and theorist''  after my dog Ridgeback fell ill and had to be put down, until I again by accident (and some assistance by Ursula) acquired a new dog. He is a street dog, who  was abandoned in a cardboard box at a motorway lay-by when he was 8 weeks old! This was in 1999 and we named him Smart. The careful reader will already detect the association Sm(at)rt-99®.

When I returned to dog training, I realised that the market of dog sports products was failing to cover my own needs – and probably also those of many other dog handlers. 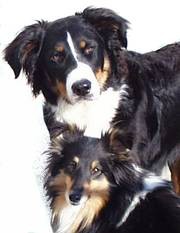 Smart and I wanted to have fun when we practice Flyball '. As a young pup he it was important that he did not stress his joints; nevertheless he wanted to enjoy his formative years with playful learning. Unfortunately, fun was overtaken by frustration: the box banged too hard, if it worked at all; then again the ball hardly sprang up or the pedal could not be pshed, even with extreme force. All club members with technical know-how struggled with the Flyball-Box, until each  blamed the others for the malfunction. What a recipe for frustration!

Development, demand and offer
Thus the idea to build a smart box myself was born. The idea became a wish, birthday wish of my wife Ursula. And so prototype was developed, quickly followed requests to buying this special blue box.

The prototype became a 0-series, which sold out like hot cakes. And so we decided to found a little production for special dog sports products, making virtue out of ''misery''.

And the ideas came
Actually something else was needed, too:

Then there was also the heavy tournament equipment in the Agility club. It should be possible to improve that at a reasonable: this was the challenge we faced!

And so our company came into existence: Sm@rt-99®